What to do if your Passport has been Revoked?

Home/What to do if your Passport has been Revoked?

What to do if Your Passport has been Revoked in Canada? 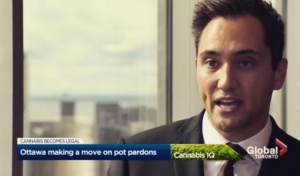 Investigations and the Passport Program

Investigations into the possible cancellation or revocation of a passport are carried out by the Passport Program. An investigation by the Passport Program may be launched for any of the reasons outlined above. Once an investigation has been launched, the Program will gather the facts in the particular case and then determine, on a balance of probabilities, whether or not there exists reasonable grounds to believe that the passport should be revoked or cancelled.

In some cases, the Minister may revoke an individual’s passport if they have been charged with an indictable offence, particularly where the allegations involve a sexual offence against a child. If an individual’s passport has been revoked by the Minister of Immigration, Refugees and Citizenship because of an allegation of a sexual offence related to a child, the passport holder may file an application to have the decision reconsidered by the Minister within 30 days of the decision. In these situations, the Minister will give the passport holder a reasonable opportunity to provide reasons as to why their passport should be reinstated. The Minister will then make a final decision. After a reconsideration has been made, citizens have the ability to challenge the decision of the Minister by filing an application for judicial review before the Federal Court. The decision of the Federal Court will be final.

In situations where an individual has been charged with an indictable offence, having a passport revoked in addition to the criminal sanctions imposed can have harsh consequences. This is particularly true for individuals who hold no other passport or individuals who may have family living abroad. As such, it is important to contact experienced and qualified legal counsel at the outset of an investigation by the Passport Program.