What are the COVID-19 Emergency Powers?

With the number of cases of Coronavirus rapidly rising and countries all over the world placing their citizens on strict lockdowns, Canadians are bracing for what will happen next. Canada’s Health Minister has said that the government will utilize “every measure in our toolbox at the Federal level to ensure compliance”. But what does that mean? 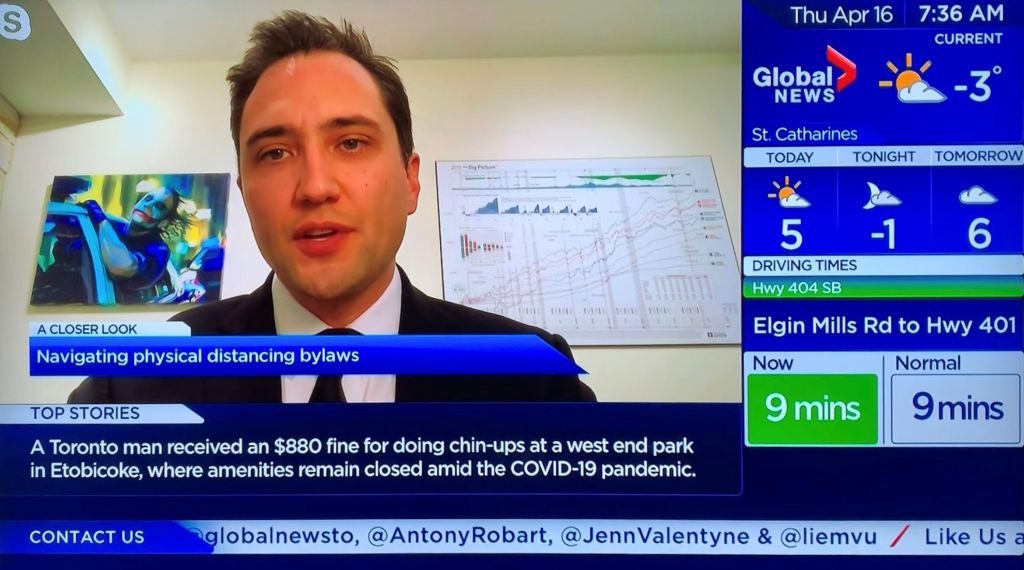 The Emergencies Act was enacted in 1985 and covers a wide variety of emergencies, from war time emergencies, to emergencies involving natural disasters and outbreaks of disease. It is a piece of Federal legislation authorizing the government to take special temporary measures in times of emergency in order to ensure the safety and security of Canadians. The Act may, in necessary circumstances, override other already existing pieces of legislation and utilize measures that would not otherwise by appropriate during non-emergency times. While the government may utilize special temporary measures, these measures may not contravene the Canadian Charters of Rights and Freedoms, the Canadian Bill of Rights and must have regard for the International Covenant on Civil and Political Rights, which is an international treaty.

In times of serious emergency such as the occurrence of a natural disaster, accident, pollution or outbreak of disease in humans, plants or animals, the government may declare a “Public Welfare Emergency”. A Public Welfare Emergency may be declared when the Governor in Council believes, on reasonable grounds, that there is an emergency which necessitates the taking of special temporary measures.

The declaration must specifically outline the event that has necessitated the declaration and the special temporary measures that the government plans to take. Once the declaration has been made, it will remain in effect for ninety days, or until it is canceled or continued by the Federal government.

While the declaration is in effect, the Governor in Council is permitted to make a wide range of orders to deal with the emergency including; regulating or prohibiting travel, evacuating individuals or removing personal property from any specified area, the requisition, use or disposition of any property, authorizing or directing any persons or class of persons to render essential services, regulating and distributing essential goods, services and resources, authorizing and making emergency payments, establishing emergency shelters, hospitals and assessing environmental damage, and eliminating or alleviating that damage, and the imposition of criminal sanctions on all those who contravene the Act.

The Quarantine Act was enacted in 2005 to protect public health in Canada by taking comprehensive measures to prevent the introduction or spread of communicable diseases. The Act is meant to give the Federal government power over the Provinces to ensure public health issues are handled with continuity throughout Canada.

The Quarantine Act gives Canada’s Health Minister an array of discretionary powers including the power to designate screening officers, environmental health officers, quarantine officers, designated review officers, to establish quarantine centers anywhere in Canada or order that an existing facility be designated as a quarantine facility, among many other powers.

With the Coronavirus spreading at a rapid rate, Canadian’s are already bound by, and may soon be subject to additional regulations and obligations outlined in the Act. It’s important to remember that neither of these two pieces of legislation will suspend a person’s rights upon arrest.

What Does all This Mean for Canadians?

The Quarantine Act outlines the various obligations on travelers coming into and leaving Canada during a virus outbreak. Section 15(1) of the Act states that every traveler shall answer any relevant questions asked by a screening or quarantine officer. Travelers also have a duty to disclosure any communicable diseases they are aware of upon entering or exiting Canada. If a traveler has indicated that they may have a communicable disease, screening officers may place the traveler in isolation until the traveler can be assessed by a quarantine officer.

Emergency Orders Under the Quarantine Act

During times of emergency, the Governor in Council may make an order prohibiting, or imposing conditions on any class of persons who has been to a foreign country or a specific part of a foreign country, from entering Canada if the Governor is of the opinion that; there is an outbreak of a communicable disease in that country, the introduction or spread of the disease would pose an imminent and severe risk to public health in Canada, the entry of members of that class into Canada may introduce or spread the disease in Canada, and there are no reasonable alternatives to prevent the introduction or spread of the disease. Essentially, the Governor may prohibit Canadian’s from entering Canada if they have traveled to a part of the world where there is an outbreak of a communicable disease, and the Governor believes allowing the person entry would introduce or spread the communicable disease in Canada. The Governor may also make orders prohibiting or placing conditions on the importing of goods from potentially affected regions into Canada during emergency times.

Penalties for Breaching the Quarantine Act

In addition to outlining additional powers available to the Federal government during times of emergency, the Quarantine Act also enumerates a list of offences under the Act and their corresponding punishments.

The Act makes it an offence to:

An individual who is found to have intentionally breached the act, causing a risk of imminent death or bodily harm to another person, will be liable on summary conviction to a maximum of six months’ imprisonment and/or a $300,000 fine. In more serious cases, on indictment, an individual will be liable to a maximum of three years’ imprisonment and/or a one million dollar fine.

By enacting these emergency powers, the Federal government has been able to ensure the virus outbreak is handled with continuity on a national level, which has helped slow the spread and flatten the curve. These measures have been put in place to ensure Canadians abide by social distancing rules, to ensure the health and safety of all Canadians.