In Canada, variations of sexual assault are taken very seriously be the criminal justice system, reflected in the potentially strict punishments attaching to it and the long-standing such attention draws from authorities.

Given the serious nature of a sexual assault charge in Newmarket, a publication ban during the proceeding may be important to consider.

In 2022, the Firm successfully defended an individual charged with sexual assault, assault with a weapon, assault, assault (choking), and cruelty to animals in R. v. A.B [2022]. The accused was alleged to have physically abused his family on several occasions’ years prior. Shortly after being arrested, he was convicted and sentenced to a lengthy prison sentence for similar related offences. With the Crown seeking a lengthy penitentiary sentence, the Firm set the matter down for trial. Due to significant Crown delay, the Firm launched an 11(b) argument, stating that the court had violated the accused’s right to be brought to trial within a reasonable time. The argument ultimately led to the Crown agreeing to significantly lower their position and to withdrawal the sexual assault, assault (choking), assault with a weapon, and cruelty to animals charges.

In R. v. Y.F. [2021], Donich Law represented a client charged with assault for allegedly choking a friend, and sexual assault. The Firm hired an expert witness to refute the Crown’s theory that the complainant was incapacitated at the time of the sexual activity, causing the Crown to abandon that argument. Ultimately, the accused was acquitted at trial.

In R. v. D.P. [2021], the Firm represented an individual charged with sexual assault after he allegedly touched a friend sexually without consent. The Firm negotiated with the Crown for close to two years and arranged for the accused to undergo a psychological assessment to demonstrate that he suffered from underlying mental health issues. Ultimately, the Firm secured a withdrawal of the charge.

In 2021 the Firm defended R. v. C.B. [2021], where the client was charged with sexual assault after a dispute with his ex-spouse. Donich Law strategically proposed a s. 276 application which would entitle the complainant to independent legal counsel. The Firm also uncovered evidence that the complainant had previously made false allegations of abuse related to matrimonial affairs. The Firm was able to secure a withdrawal of the charge after the complainant was unwilling to testify at trial.

The Firm is experienced in and has been successful in defending and prosecuting Civil Actions of historical sexual assault. There is potential for such allegations to arise in the context of criminal proceedings. These types of civil actions often seek damages over $1 million. Such cases face similar challenges associated with criminal defence, making the Firm equipped and prepared to handle such allegations.

What Is Sexual Assault? 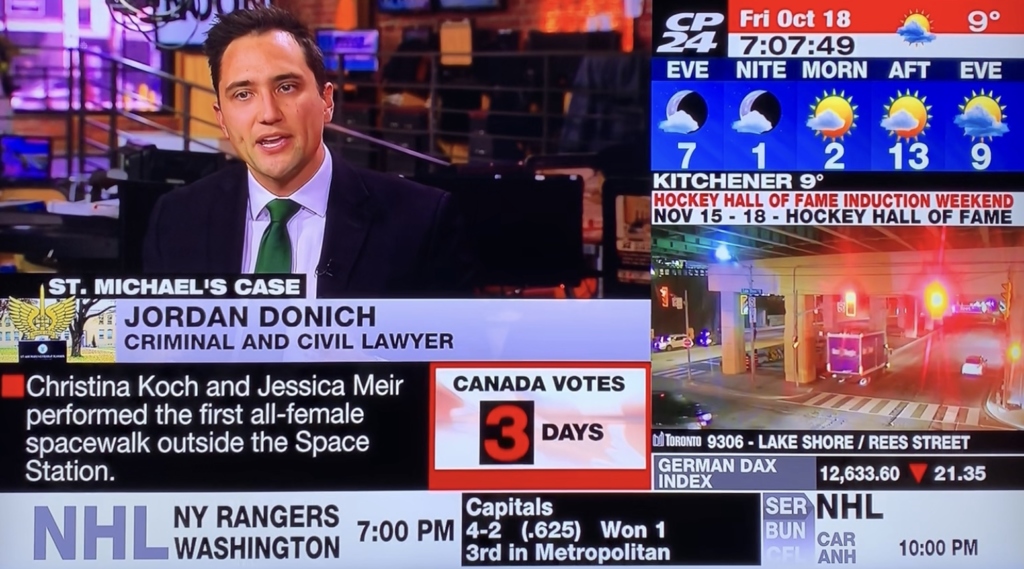 In Canada, in order for there to have been a sexual assault, the accused must have assaulted the victim. Assault is defined in section 265(1) of the Criminal Code to include three scenarios:

Secondly, the assault must have been of a sexual nature and violated the sexual integrity of the victim. According to the Supreme Court of Canada, the following considerations are relevant when making this determination:

Penalties for sexual assault are determined on the basis of the specific situation, particularly, the presence of any aggravating or mitigating factors. The punishment will depend on which of the three primary categories the assault falls into, listed here in order of escalating severity:

In this case, the maximum prison term is ten years’ imprisonment. Minimum sentences attach for offences that involve firearms, are committed in relation to a criminal association, are subsequent offences or that involve a complainant under the age of sixteen.

In this case, there is a maximum imprisonment term of life. Where the offence involves firearms, is committed in relation to a criminal association, or involve a complainant under the age of sixteen, minimum sentences apply, as the case may be.

It is simply in the nature of sexual assault cases to be based on relatively scarce evidence. Sexual acts in general tend to take place in private; assault claims may be further clouded by an intoxicated complainant, accused, or both. It is very common for sexual assaults not leave direct physical evidence. This means that there is some truth to the idea that litigation over sexual assault claims does come down to what the accused and the complainant have to say about what happened, with the courts basing their decisions on the credibility and consistency of the parties’ stories. However, the absence of external evidence is by no means fatal to such charges, and that in and of itself does not preclude charges being brought or a conviction being sustained. Complainant testimony is in and of itself a form of evidence, one which can be very persuasive. Very often, these cases turn on the resolution of conflicts between the testimony of the complainant and of the accused.

Because of this, when you are thinking about consulting with a criminal lawyer on a sexual assault charge, you need to find one who not only knows how the law works, but knows how to persuade prosecutors, judges, and juries of the truth of your testimony. We have experience persuading and winning all the way up to trial, including in 2016, when we appeared on behalf of the accused in R v DN, securing a full acquittal on all counts relating to an assault of a child ten years prior.

One way that the prosecution can find “hard evidence” is through section 487 of the Criminal Code. Prior to trial, the crown can apply to a judge to allow the police to take DNA from an individual for the purposes of forensic DNA analysis, allowing them to better match perpetrators to crimes. While this may be an effective tool, it is also imperfect, and represents a potentially serious intrusion into the subject’s privacy.

Following a conviction, discharge, or finding of not criminally responsible, section 487 allows the Crown to obtain samples of DNA evidence from the accused in order to assist them with handling future cases and identify perpetrators going forward.

Some rules of procedure and evidence differ in sexual assault cases. Defendants are more restricted in their lawyers’ cross-examinations of complainants, and there are more stringent limits on the use of evidence about the complainant than in other areas of law. As such, we consider it particularly important to hire a lawyer who knows all of this well, and who is experienced not only in defending criminal charges, but defending sexual assault charges in particular. We believe that we fit the bill perfectly. We have defended a range of sexual assault charges of various severity, complexity, and publicity.

If your case has already or is likely to become public knowledge, we have worked in these environments before. In 2016, we helped secure the withdrawal of nine sex crime charges against a Toronto Transit driver accused of nine crimes. Previously, we helped defend against charges in one of Toronto’s largest child pornography busts.

How to Defend Sexual Assault Charges?

Sexual assault allegations can be both difficult to defend and difficult to prosecute. In many cases, there is little to no evidence other than the statements of the complainant and the accused. This can turn many sexual assault cases into he-said-she-said situations where it is unclear who is telling the truth. In York Region and across Ontario, Crown attorneys prosecute sexual offences including sexual assault offences aggressively and often advocate for periods of imprisonment upon conviction.

In other cases where there is no dispute that sexual activity occurred between the accused and the complainant, the accused may argue consent. In these situations, the Court will determine the credibility of the witnesses to determine whether or not the Crown has made their case.

If you have been charged with a sexual assault offence it is important to consult with experienced legal counsel as soon as possible. Being convicted of a sexual assault charge can lead to very serious implications in various aspects of an offender’s life. Donich Law can assist you in developing the best strategy to defend your case.

What is a SOIRA Order?

In Canada, those convicted of certain designated sexual offences will be issued a SOIRA order upon conviction. SOIRA stands for Sex Offender Information Registration Act and is a piece of federal legislation, applicable across Canada. The Criminal Code outlines a list of designated offences. If an individual is convicted of a designated offence, they will be issued a SOIRA order on a mandatory basis. Some of the designated offences include; sexual assault, sexual assault with a weapon, threats to a third party or causing bodily harm, sexual interference, invitation to sexual touching, incest, child pornography, exposure and child luring. A SIORA order will remain in place for a period of ten years, twenty-five years or life as prescribed by the Court.

If you fear that any of the above applies, to you, our criminal law team would be happy to help. We defend people charged with sexual assault in Newmarket and throughout Ontario. A member of our team of Newmarket criminal lawyers would be happy to speak to you about maximizing your opportunities for a successful defence. You can reach one of them at 416-DEFENCE, or at [email protected] to discuss our services in Newmarket and beyond.

What is Sexual Assault in Newmarket?

The offence of sexual assault is outlined in section 271 of the Criminal Code. It states that an individual commits a sexual assault when they apply force to another person, either directly or indirectly, without the persons consent and the contact violates the sexual integrity of the victim.

Can I go to Jail for Sexual Assault?

Will I have to Register as a Sex Offender if I am Convicted?

Yes. Sexual assault is a designated sexual offence as outlined in the Criminal Code. Those convicted of a sexual assault offence will be required to register under the Sex Offender Information Registration Act on a mandatory basis for a period of ten years, twenty-five years or life. The Court will determine how long the SOIRA order will remain in place.

Consent is defined as the voluntary agreement between two parties to engage in sexual activity. Under Canadian law, consent must be clear and on-going. This means that an individual must obtain consent at every escalation in the sexual activity.

What is the Age of Consent in Canada?

What if I had Sexual Contact with the Complainant in the Past?

Can the Complainant Drop the Charges?

No. Once an individual has been charged with a criminal offence in Canada, only the Crown can drop the charges. In situations where the complainant is uncooperative or does not want to participate in the court process, the Crown will generally proceed with the charges anyway. This is especially true with sexual offences. In some situations however, if the complainant does not cooperate, gaining a conviction will be impossible and the Crown will drop the charges.