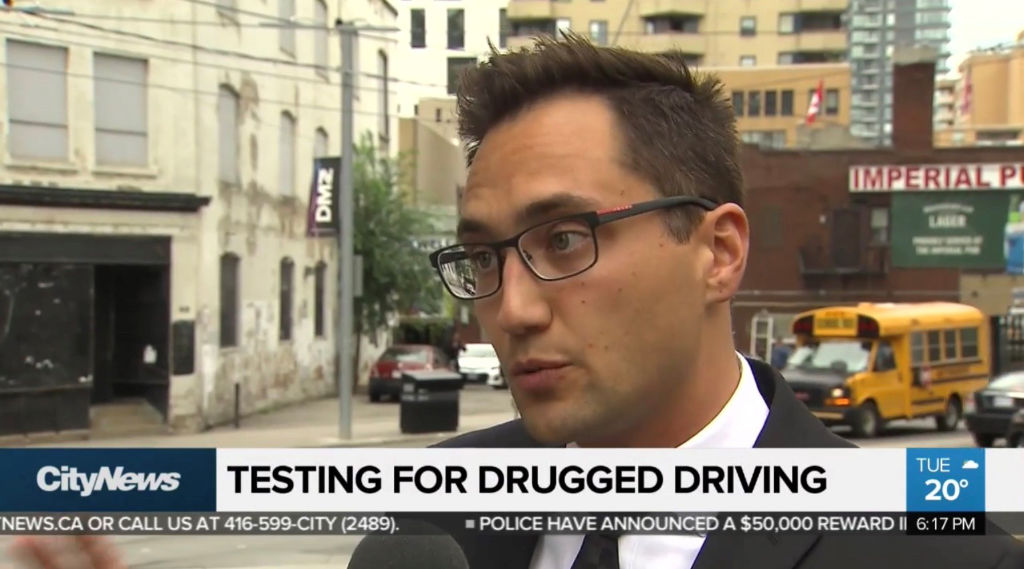 The reasonable person test will look at another individual with the same general characteristics as the accused (age, education level, driving experience, etc.). It is important to note that the court focuses on the risk created by the accused’s alleged dangerous driving and not necessarily just at the harm caused by that dangerous driving. This means that though a lack of damage may work as a mitigating factor, it will not absolve the accused of liability for the offence.

To prove that the accused operated a motor vehicle in a dangerous manner, several pieces of evidence can be offered by the Crown. Most commonly, statements and/or testimony of witnesses who were present at the scene during the commission of the offence can be used to help the Crown make their case. Statements and/or testimony of officers who were present on the scene of the offence are often also used as evidence. Observations made by witnesses and/or officers that will likely bolster the Crown’s case may include buy are not limited to; that the accused was traveling at a high rate of speed, that the accused was weaving in and out of traffic, the nature of the road on which the accused was traveling, the weather conditions at the time of the incident, the area in which the incident occurred (rural road vs. school zone) and the conditions of traffic at the time of the incident.

In cases where there were no witnesses to the alleged dangerous driving offence, officers may deduce what occurred by observing the circumstances. For example, officers may place their hand on the hood of the vehicle to feel for warmth to determine if the vehicle had been operated in the recent past. This observation coupled with the presence of the accused at the scene and the absence of any other possible drivers may indicate to the court that the accused had in fact operated the vehicle.

CityNews: How Police will test for Drugged Driving?

Global News Radio: Can you be pulled over for returning empties to the Beer Store?

What are the Penalties for a Conviction of Dangerous Operation of a Motor Vehicle?

The penalties associated with a conviction for the dangerous operation of a motor vehicle will differ depending on the particular circumstances of the case. Many factors, including the circumstances in which the offence was committed, the background of the accused and any aggravating and mitigating factors, will be taken into consideration by the court when determining a just and fit sentence for the accused. The sentence handed down to the accused will also depend on whether the Crown decides to elect summarily, or proceed by indictment. In cases where the Crown elects summarily, the maximum penalty associated with a conviction for dangerous operation of a motor vehicle is two years less a day imprisonment and/or a $5,000 fine. If the Crown proceeds by indictment, the maximum penalty associated with a conviction is five years’ imprisonment.

As noted above, the sentence that will be handed down to an individual who has been convicted of dangerous driving will depend largely on the circumstances of the accused as well as any aggravating or mitigating factors that may be present in the case. During sentencing, both the Crown and defence will have the opportunity to put forth any factors that they believe will help their case. The Crown will generally present aggravating factors and the defence will present mitigating factors.

There are many different aggravating factors that the Crown may wish to mention to the court in order to bolster their case. Aggravating factors that may be considered by the court include but are not limited to; the consumption of drugs and/or alcohol by the accused at the time of the offence, excessive speeding, racing, disregard for warnings from other motorists, driving while distracted (using a hand held device), driving while knowingly suffering from a medical condition which may affects the accused’s ability to operate a motor vehicle, driving while knowingly deprived of sleep, driving aggressively (such as cutting off other drivers, brake checking and tailgating), driving a vehicle that has been poorly maintained, driving a vehicle that has been improperly loaded (such as a load that has not been properly secured), whether anyone was injured or killed as a result of the accused’s dangerous operation of a motor vehicle, previous convictions for dangerous operation of a motor vehicle, driving while impaired or over .80 charges, committing the offence while the accused was on bail, dangerous driving in a residential or school area and/or injuring or killing victims in an attempt to escape the scene or avoid detection. These factors may be used alone or in conjunction with one another to demonstrate to the court that the accused should be handed a more serious sentence.

In addition to aggravating factors, there are also many different mitigating factors that the defence may wish to mention to the court to argue for a lesser sentence for the accused. Mitigating factors that may be considered by the court include but are not limited to; pleading guilty to the offence, genuine remorse for one’s actions, a clean driving record, a lack of previous convictions for dangerous operation of a motor vehicle and/or impaired driving over .80 charges, the age of the offender (only in cases where a lack of driving experience contributed to the events leading up to the charge), a lack of injury to innocent bystanders, and/or the fact that the accused was seriously injured as a result of the dangerous operation of the motor vehicle. Any or all of these factors could be used to show that the accused deserves a more lenient sentence upon conviction. Be sure to mention any and all mitigating factors to your defence team as soon as possible to ensure they are put on the record on your behalf.

What is a Dangerous Driving Charge?

In order to convict someone with dangerous driving, the Crown must prove beyond a reasonable doubt that the accused committed the act of dangerous operation of a motor vehicle and had the intent to do so.

What is the Penalty for Dangerous Driving?

The penalties for for dangerous driving will depend on a number of factors. Some of these may include whether the offender has a criminal record, if it was a first offence and whether there was an accident or injuries. In many cases the Crown will seek a criminal record and license suspension.

Will I go to Jail for Dangerous Driving?

The Crown can seek a jail sentence if the facts and circumstances support the position. In cases where there is a collision, injury or serious risk to public safety, the Crown will be more likely to achieve a jail sentence. If the Crown proceeds by indictment the sentence can be as high as five years' in jail.

How to Drop Dangerous Driving Charges?

In many cases the Crown will rely on witness evidence or dash cam footage to support a conviction. Depending whether the offender is caught at the scene, lawyers can sometimes argue the Crown is unable to prove the identity of the accused or that the alleged driving was not dangerous.

Can my license get Suspended?

Yes. Like drinking and driving, the Crown will often seek a license suspension, the duration of which will vary depending on the facts alleged and whether the offender has a poor driving record. Many times a lawyer can make arguments to reduce the suspension based on mitigating circumstances.